Skip to Content
Home / How to be a healthy vegan / Are You New to Juicing? Avoid these 6 Mistakes 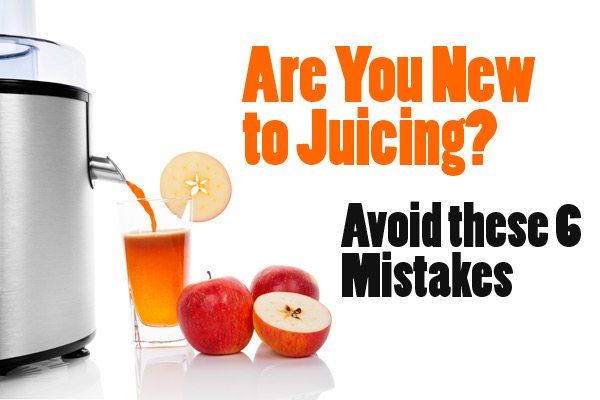 Are You New to Juicing? Avoid these 6 Mistakes
When I started juicing, I made these mistakes that I could have avoided had I did more research before dropping in the first stalk of celery into my juicer. Avoiding these mistakes could save you time and money as you’ll find out. Also, some of these mistakes are life threatening so this is serious stuff.
Juicing has seen an uptick in popularity the past few years because of social media and celebrities endorsing it but don’t think that this is just for the rich and famous because when done right, even an ordinary person such as me can enjoy a glass of fresh juice each and every day.

Mistake number #1: Not Pre Cutting
The first time I used a vertical slow juicer, I juiced celery and didn’t chop it into smaller pieces, the result? It clogged the pulp ejection port so I had to disassemble and unclogged all the fibrous strands in there which took around 15 minutes.
It was time consuming and could have been avoided if I had pre-cut it into smaller eight inch pieces.
Not only celery but other fibrous vegetables like kale and spinach SHOULD BE chopped to avoid clogging. This is one of the biggest complaints by consumers who used this type of juicer for the first time and could be avoided by using this technique.
Mistake #2: Buying Too Much Produce All at Once
I bought 5 pounds worth of carrots because it seemed to be cheaper at that time but by day 5, a lot of them have rotted. Now, I don’t add a lot of carrots in my juice, maybe around one or two per recipe depending on the other ingredients available but my point here is, buy only the ingredients you’ll use for a week… tops.
Buying by bulk only if you’re on a juice fast because you’ll be making large batches of juice but if you’re not juice fasting then avoid buying large quantities as a lot of them will just rot or won’t be as fresh as you’ll want them to be.
Mistake #3: Buying Non-Organic Celery
I have nothing against non-organic produce, in fact I used a lot of non-organic produce in juicing but when it comes to celery, I find that using organic celery produces the best results not only taste wise but also in terms of nutrition.
Non-organic celery tends to be limp, compared to organic celery, and limp produce will not juice as well as firm ones.
Celery was identified by as one of the dirty dozen by EWG.org. If you’re curious what the dirty dozen is, these are the 12 fruits and vegetables that have the most pesticide content in them.
If you’re not using organic produce, make sure to wash and rinse them thoroughly to remove every last bit of pesticide.
Mistake #4: Combining Ingredients Haphazardly
One time while concocting my own recipe, I combined orange and mustard leaves. Big mistake, it tasted like a liquid wasabi and I almost threw up.
Not wanting to waste the drink, I slowly drank it but the moral of the lesson is, if you’re new to juicing, avoid concocting your own recipes but use tried and tested recipes like Joe Cross’ “Mean Green Juice”, there are tons of recipes available online for beginners up to hardcore juicers.
Mistake #5: Not Buying a Wide Mouth Centrifugal Juicer
My first juicer was an Oster centrifugal juicer given to me by my mom, it had a small crescent shaped feed chute that was around 2” x 1” so it was pretty small. You had to cut apples into eights so that it fits in and it struggled with leafy greens.
So if you don’t want to invest in a more expensive masticating or slow juicer, get a wide mouth centrifugal juicer which would cost roughly less than $60 in Amazon.
This lessens the need to pre-cut ingredients and will allow you to cram green leafy vegetables in between two harder ingredients like cucumber which is a technique that a lot of juicing experts use to get the most out of leafy greens.
Mistake #6: Using Only Fruit
This probably is one of the biggest mistakes newbies make. Because the taste of raw vegetables can sometimes be unpalatable so they just use fruit. The problem with this is that fruit like strawberry and apple has high sugar content. Removing the fiber that slows down the sugar absorption can spike insulin levels and may cause or worsen diabetes.
Always make it a habit to add at least one or two types of vegetables (preferable leafy greens) to your recipe and use fruit just to sweeten but not too much.
Avoiding these 6 mistakes gives you a big head start in your juicing journey and will allow you to get the most out of your juicer.
Garrick is a health conscious father and husband who turned to juicing to try and improve his health. You can follow him through Facebook, Twitter and Pinterest.

Are humans designed to eat meat?