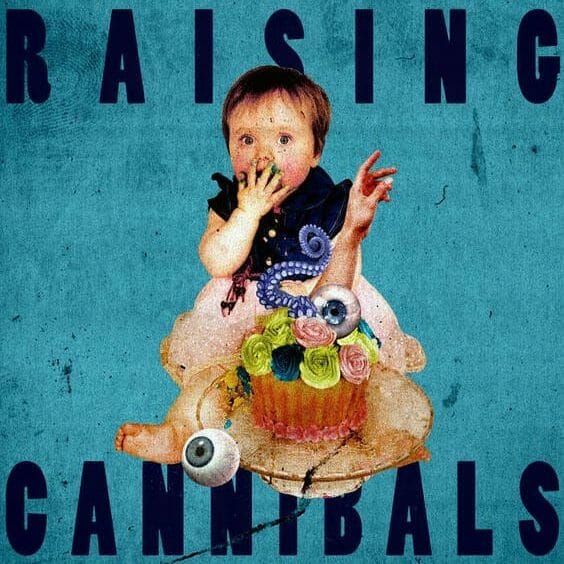 This article is provided by Strangejuice. You can get their new album Raising Cannibals HERE.

INDEPENDENT MUSIC PROMOTIONS INC – JAMES MOORE – HONEST REVIEW – TERRIBLE I am a musician who has been releasing albums for a long time, have some prominence and have experience in gaining PR for myself and friends for more than ten years.

I understand the difference between quality promotion, quality press, sponsored press and terrible press. Other more naïve artists may not know the difference, and that is what certain PR sellers prey on.

Having a new album release (Strangejuice – Raising Cannibals) along with a busy schedule I searched up some PR outlets to take the load off my own self-promotion for a change and found James Moore’s “Independent Music Promotion” – sounding very sparkly with its money back guarantees and promises of “Large amounts of quality press in prominent, widely read publications”.

Quality press in the underground indie music market would be blogs such as “Stereogum”, “The line of best fit”, “drunken werewolf”, “earmilk”, “indie shuffle”, “gorilla vs bear”, “under the radar”, etc that are hard to penetrate but quality publications out there.

They are widely read, well respected, and showcase indie artists.

A week later I emailed him and asked how it was going as the album is coming out soon and didn’t receive a reply.

A followed up 7 days later and asked how the response was so far and what the release plan was, and still no reply. Then release day came and much to my relief James emailed me with congratulations, a glowing review in an obscure online website called new sick music by a writer called Randal Radic, who seems to write exclusively, reviews for James Moores customers.

OK, so what if no one reads this publication, if the author sounds a bit dodgy, if the article may have been purchased cheaply like the ones on Fiverr, at least something is getting started, and now I am confident that the “Major Press in Widely Read Prominent Publications” will come soon.

Even if just one or two.

A day later he congratulated me on another, alternative CT, this time the review said “Sponsored by Independent Music Promotions” which negated any value, as indicated to a reader that a review is biased and bought.

Then my album dropped… into total silence.

Usually, I do a bit of PR work in the lead up to a release and get a number of sales and traffic but this time, nothing. What PR has James been doing all this time? Just writing articles and slipping someone a fiver? Surely not.

So I contacted him for an update and he assured me things were rolling and sent me another few reviews, which turned out to be my last.

The first was in Alternative nation, a website that seems to have gone downhill and is now a clickbait site.

I contacted James about this and he forwarded me a reply from the website owner saying “If you wanted some post engagement you should have paid me more”.

I was very confused, never have I paid any website to post me a phoney review before, what happened to the quality press?

I went to Independent Music Promotions facebook page and clicked on a review for another one of their customers on a website about new York eats or something to that effect, a glowing review of a folk singer.

I emailed them and asked them “Hey, how much for a review?” They replied “$30 and I will do an interview as well.” Quality press? Prominent widely-read? Pull the other one. The websites James sent me, such as anti-music, were flashing with virus popups and surrounded by clickbait articles.

If you leave your article and read the rest you find all the same artists over and over, the ones on James Moore’s Independent Music Promotions roster. His customers.

I guess cheap press is cheap if you buy in bulk.

But who is reading these articles? I ran some analytics, the articles had sent my Bandcamp and other pages no traffic at all.

I ran some analytics on one of the larger clickbait pages I was buried in, the average visitor stays for around 46 seconds.

I contacted James and asked if these sites are legitimate, as the clickbait is damaging and paid promotion just deceives my fans. He replied for me not to worry as he has some hype machine blogs (the music court) lined up. Ok sure.

Then they landed, it was all his artists again, the same ones, exclusively without any quality content and absolutely no post engagement. No ones reading, another empty room.

It linked my SoundCloud player, and to this day the page has only yielded 3 streams and I am pretty sure all 3 were me. I wanted to know, maybe it was just me experiencing this so I went through Independent Music Promotions list of customers on their facebook page (Which has tens of thousands of likes.. and almost no post engagement?) and asked them personally of their experience.

They all came back with similar answers. That they got some good reviews but didn’t translate into any fans.

I didn’t have the heart to tell them why that may be. For these undiscovered artists who have invested everything into their music, it is hard for them to not be appreciated or heard.

Phoney reviews play on their egos, and they don’t see the bigger picture. Somewhere inside them, they don’t want to.

The illusion is that finally someone has understood them and has written about it. By this point I could not see the value in this campaign continuing so I contacted James and requested him to honour his refund policy as no quality press in prominent widely-read publications has been received.

He conceded and refunded me just half as he stated: “I wasn’t worth the stress”. I said that a full refund is what your website states so please refund it.

He became quite angry, forgot my name and started calling me Stan (which must be another unhappy customer? Who knows), and told me that refunds weren’t for jerks like me and to stop yelling at him.

Deflective, as my discourse had been professional from beginning to end.

I never got refunded and never heard from him since.

But I learnt a valuable lesson. No matter how many blogs show up interviewing a salesman about how great he is, that salesman can pay $15 for those blogs too.

Dig a little deeper when you do your research. And stay away from anyone working from home in their Pyjamas who calls themselves a CEO.