Talk Talk TV has been known for creating new apps and connecting to the audience in the most unique ways. This time Talk Talk TV launches a new app called BopHeads. BopHeads is an app that is targeted to bring the fans of X-Factor closer than they have ever been to the show.

The app allows you to make idents generated by the fans. The app for now contains three songs which include Little Mix’s ‘Black Magic’, new single of John Newman’s ‘Come and Get It’ and, Mark Morrison’s ‘Return of the Mack’ if you want to get tuned up to the retro beats. But in the course of time five more tracks of different styles are going to be added. The TV team has collaborated with top directors who have already worked with the celebs like Ed Sheeran, Calvin Harris and Jessie J to produce videos where the fans can take up the center stage. All one needs to do is to lip sync the songs and then to superimpose their head on the people in the choreographed video that is available on the app. The video could be created in one go or by combining different shots. The best lip-synced videos would be shown on TV during the commercial breaks in between the show. The show will be telecasted on Saturday and Sunday evenings. (To know more about the app, call on Talk Talk helpline number 0844 324 0501)

There are about 160 spots for grab to be on TV in your own video. Apart from getting featured the fans will also win free-passes to come on the show. The app would be available for download on iOS, Android and desktop from 29th August onwards and will continue till December, till the season of the show comes to an end. Also one can share videos with friends and families with this app.

As the production team says that this has been a glib approach for interacting with the fans on more connected level. Simon Cowell mentions that Talk Talk always does something substantial that adds value and life to the show. This app has also been an unusual campaign and will help in drawing a lot more audience to watch the show. 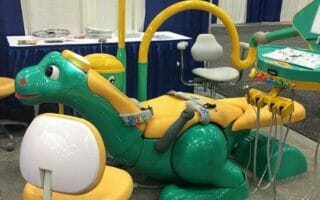 What is Periodontal Disease and How to Treat It