I am thrilled to have a long term vegan in your “Ask a vegan” section. Today I would like to introduce you to Diana van Eyk, who has been vegan for nearly 30 years.Diana has given me support and inspiration from the very beginning of my vegan journey , so I am very grateful to have her here. 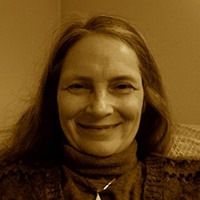 Diana describes herself as a  left, green, art loving ideas person who does what she can to help the world to be a healthier and happier place for all.Diana is also an online entrepreneur and you can read her leatest press release here.

Here is the short interview and I hope you learn something from it.

1.How long have you been vegan for and did you find any resistance from your family or friends when you first change your diet. Diana: 29 years this year, and I encountered huge resistance from my family. It was as though I’d joined an extreme religious cult or something. My friends were supportive but some were concerned about my health (they’re not anymore).

2.What made you go vegan? Diana: I saw a film called “The Animals Film” created by the Animal Liberation Front, and was no longer able to eat animal products afterwards. It had the same effect on three friends of mine who are all still vegan. I hear that a film called “Earthlings” is similarly powerful.

3. Do you take any supplements? Diana:On and off. Right now I take Ariix vitamins and minerals. I love them because they are organic, GMO free and derived from whole foods. 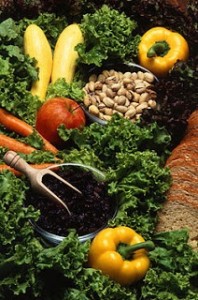 4.What are your favourate vegan dishes? Diana : Too many to count! For breakfast every morning I have tempeh, broccoli and greens, and I love it! Lentil soup is my favourite comfort food. Almost any dish can be veganized. I just made some delicious peanut butter balls that are vegan and super healthy.

5.What is your advice to new vegans? Diana : Everyone has different approaches when they’re newly vegan. I still adore my carnivorous friends and have never been preachy with them. It’s important to be firm about not eating meat and dairy, but to also let them know it’s your choice and that you’ll respect their choices. This might not sit well with some people, but I’ve found that this approach has had more friends be open to becoming vegan or at least slowing down on meat and dairy.

6.What books would you recommend to new vegans? Diana I love a book called “Friendly Foods” – a cookbook by Brother Ron Pickarski and a book called “Healing With Whole Foods” a book about Traditional Chinese Medicine that recommends being vegan.

7. If you had a magic wand what would be the one thing, that you will change in the world?Diana:  If I had a magic wand I’d have people suddenly awaken to their connection to all living beings. I believe we’re able to eat other beings because we’re disconnected to the part of ourselves that find this horrific. I also think we’d honour ourselves, each other and our planet if we were aware of sense of connection with all life.

I hope you enjoyed reading Diana’s interview. If you feel like something sweet and healthy here is Diana’s recipe for sweet peanut butter balls. Its very easy to make .Click here for the recipe .

Diana is also an artist and here is one of her latest paintings . 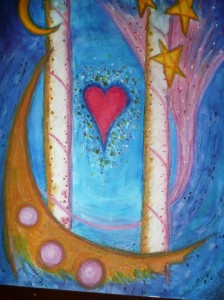 Feel free to ask any questions about becoming a vegan. Please share this post with your friends with the buttons below.

What are the best Vegan Protein sources for a gym enthusiast?