Cerealthy is about to introduce its new vegan superfood to Kickstarter which is a non-perishable, gluten-free and non-GMO powder which is healthier, more affordable and superior than dairy milk and other regular vegan milks. 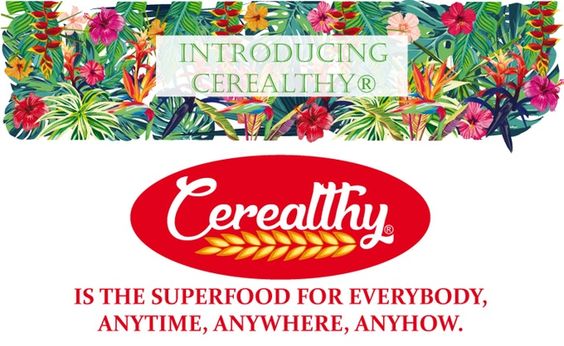 Spain, October 30, 2017: Spain-based Vegan food company Cerealthy is soon to launch a crowdfunding campaign on Kickstarter is support of its new superfood. It’s a breakthrough vegan milk made from 100% natural powder and supports multiple uses. Manufactured from nuts and whole-grains, the product is a non-perishable, gluten-free and non-GMO superfood that can be consumed anybody for extra boost of energy.

The crowdfunding campaign would be launched on November 1, World Vegan Day. The campaign is geared to raise around €12,500.

“We are excited to introduce our revolutionary vegan superfood Cerealthy on the World Vegan Day. It’s a far superior option compared to regular dairy milk and also other so-called organic, artificial and handmade vegan milks which are most expensive, perishable, unhealthy and unhandy. Our product is based on 100% plant-based natural powder and is free from artificial sugar. Cerealthy comes with amazing preventive health value and can prevent crucial diseases like coronary heart disease, high cholesterol level, constipation and diabetes. It can be consumed by anybody who needs a solid dose of energy and sound health. Moreover, Cerealthy assures multiple uses. You can drink it as milk and can even use it for great baking treats, curries, sauces, coffee etc. However, we are looking to start a mass production now and hence this Kickstarter campaign. Your generous support would help us to bring this much awaited superfood to all and make lives healthier all around the world”, stated Eleana, the spokesperson from Cerealthy.

Cerealthy is an initiative by a dedicated animal rights activist and lawyer Eleana Casado. Added to the new milk powder, the company produces other plant-based products as well including paps for babies (“Babypap”), a natural energy powder with popcorn taste for coffees, cappuccino (“Coffee & Milk”), also available for people with gluten intolerance (“Gluten Free”) and so on. These versions are powered with all the 5 basic elements of nutrition you find in cereals: protein, fat, minerals, carbohydrates and vitamins.

The Cerealthy vegan powder also acts as a fantastic appetite suppressant and thereby helps in effective weight loss. Users can use it for their weight loss diets.

Speaking further, Eleana stressed that the new superfood is always safer than dairy milk as it’s devoid of all the harmful ingredients found in animal milk. These include pesticides, pus, hormones, saturated fats and anti-biotics. Cerealthy plant-based milk powder can be easily consumed by those suffering from lactose intolerance.

“Unlike artificial vegan milk which is 90% water and just 10% nutrition, our superfood is way ahead in nutritional value. Most importantly, it’s free from all the dangerous ingredients of artificial vegan milk like sweeteners, emulsifiers, coloring agents etc. Again unlike organic vegan milk, Cerealthy milk powder is neither pricey nor hard to find. And, unlike handmade vegan milk that is easily perishable, Cerealthy milk is a non-perishable drink that can last you for years.”

Vegane Kinder-How a vegan mother can make a difference

Are humans designed to eat meat?