Skip to Content
Home / Modern Parenting / I crossed the line with the side effects of aspartame ?!

Yesterday I was waiting at the bank to get served and there was a woman in front of me with her two kids. We started small talk. You know how it’s like in these situations. It’s very easy for as a  mother in me to relate to another mother and start to chat about the kids and everything, that goes with it.

One of them was in a pram, even if she has passed the age to be in a pram a few years ago and was possibly un-developed for her age. So I looked at her and saw in her hands a drink. At that moment I felt a very strong urge to say something to the mother about the drink, as I know it contains aspartame in it. This was a drink, that I would never give to my boys. Its one of them cleverly coloured orange or purple and for the so-called “healthy” options stated “no added sugar”.According to Wikipedia, this is the best selling children’s drink since their launch in the year 2000.

So we talked about the weekend, then about how good the kids are and her older child showed me her toy and we all smiled.

So after we both got served I approached her again and said ” Hope you don’t mind saying me this, but look into aspartame, I wouldn’t give it to my kids because it’s really toxic. ” Well, at this moment I realize I’ve crossed the line. The lady didn’t say a word and just walked off, so I knew it wasn’t appropriate, but at the same time, I couldn’t help myself wanting to help her.

I know how important is as a mother to know when people mean well. I am still guilty of taking some advice or constructive criticism very personally when people want to help because they mean good, but I  take it as a personal insult.

So again I related to that and in as she was walking off I sent her love. This experience took not more than 5 minutes, but it was a great lesson. Modern parenting also means that you have to make sure you keep your sanity while everything is falling apart around you.

It is so true when they say, that everything and everyone is your teacher if you want to learn. So my lesson is to stop giving strangers advice, unless they bring it up first, which is highly unlikely.

My first step now is to share with you the dangers of aspartame and why it is so toxic.

Aspartame is a synthetic chemical combination which is comprised of approximately 50% phenylalanine, 40% aspartic acid, and 10% methanol. Aspartame is found in thousands of foods, drinks, sweets, gum, vitamins, health supplements and even pharmaceutical drugs. Research has linked the sweetener to diabetes, fibromyalgia and certain forms of cancer. Here are some of the dangers of excessive aspartame consumption.

Aspartame consumption is extremely harmful to people with diabetes. It makes it more difficult to control sugar levels and aggravate diabetes-related conditions such as retinopathy, cataracts, neuropathy and gastroparesis. The sweetener also has been known to cause convulsions often mistaken for insulin reactions.

Emotional and mood disorders have been linked to aspartame. Studies suggest that people with certain emotional problems are more sensitive to aspartame.  High levels of aspartame cause changes in the serotonin levels which can lead to behavioural problems, depression and other emotional disorders. In some cases, the side effects were so dangerous that doctors were forced to put an end to the studies.

Research indicates that the sweetener increases your hunger and can actually impede your weight loss. Phenylalanine and aspartic acid can cause spikes in insulin levels and force your body to remove the glucose from your bloodstream and store it as fat. Aspartame also inhibits the production of serotonin and prevents your brain from signalling to your body that you are full. This can lead to food cravings and make it more difficult for you to lose weight.

Aspartame can change the chemistry of the brain. Formaldehyde, a product of methanol, gathers in certain areas of the brain causing degenerative diseases such as Parkinson’s, Alzheimer’s. Aspartame consumption can also trigger seizures in both epileptics and other individuals without a history of epilepsy.

As few as one diet soda daily may increase the risk for leukaemia in men and women, and for multiple myeloma and non-Hodgkin lymphoma in men, according to new results from the longest-ever running study on aspartame as a carcinogen in humans. You can read the details of this study here.

Regardless of all the scientific evidence and research aspartame is still present in most snacks and nearly every so-called diet drink. Please read the label and stay away from Aspartame. Aspartame is a poison. Do not consume! 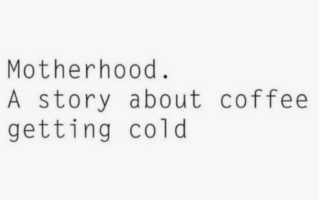 What Is The Hardest Thing About Being A Mother?